Recent UGA Theatre & Film Studies alumni (and even one current student) are making a scene in the Atlanta theatre community.

The Go-Go's-based musical Head Over Heals boasts three UGA Theatre alums in its cast: Abby Holland (BA '15), Brandy Sexton (BA '18), Taylor Bahin (BA '18). Head Over Heals closes on August 25 but there are still tickets available at www.actors-express.com/plays/head-over-heels. Actor's Express has hosted Bahin and Sexton, along with Ashleigh Randolph and Jessica Browder, as part of its intern cast for the last year. 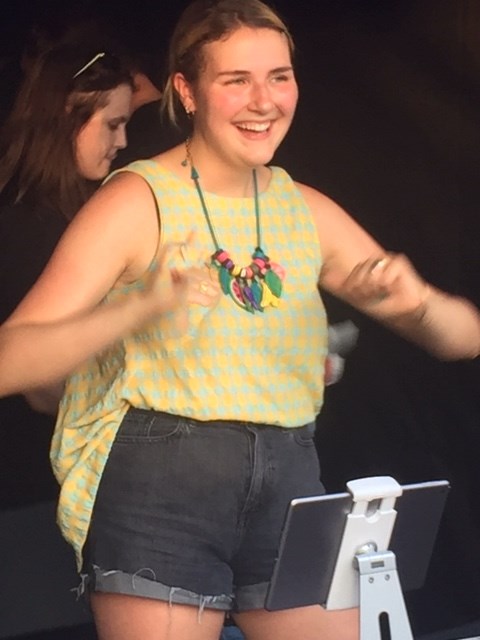 Jianna Justice (Film Studies BA '18) has been working with renowned indie-film distributor A24 as a Creative Brand Coordinator and recently visited Athens for A24's Public Access series screening of The Spectacular Now (2013).