The UGA Department of Theatre and Film Studies has added two new faculty to its ranks with Dr. Vivian Appler and Dr. Khalid Long.

Dr. Vivian Appler comes from the College of Charleston in South Carolina, where he served as assistant professor in the Department of Theatre and Dance from 2015 to 2022. She completed her Ph.D. in Theatre and Performance Studies at the University of Pittsburgh. She earned her Master of Arts degree in Performance Studies at Queen Mary, University of London, England and her B.A. at the College of William and Mary in Williamsburg, Virginia.

Dr. Appler has published scholarly articles in PARtake: The Journal of Performance as Research, Global Performance Studies, Theatre History Studies, Journal of American Drama and Theatre, and Comparative Drama. Most recently she served as editor for Identity, Culture, and the Science Performance: From the Lab to the Street, Vol. 1 with Bloomsbury Collections. The second volume, also edited by Dr. Appler, is slated for release in 2023.

Dr. Khalid Long comes from Columbia College Chicago, where he served as assistant professor in the Theatre department from 2019 to 2022. He completed his Ph.D. in Theatre and Performance Studies at University of Maryland, College Park. He earned two Master of Arts Degrees in Theatre Studies and English/American Literature at Miami University, Oxford in Ohio in 2012 and 2011 respectively. 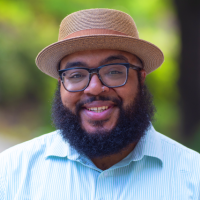 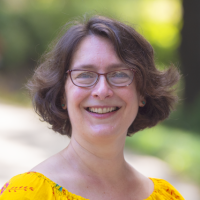